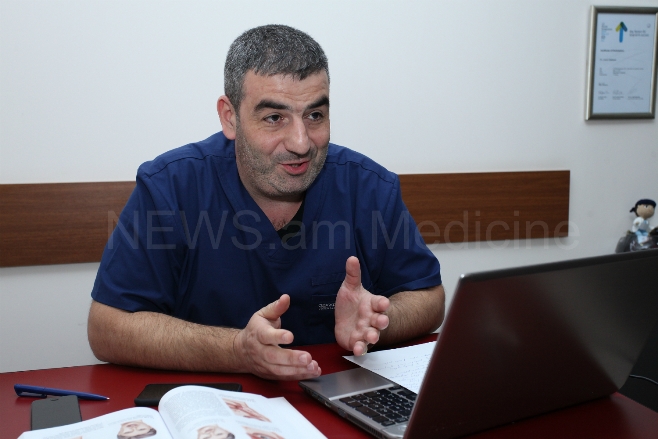 Slavmed medical center has announced 50% discount on otoplasty. As the center’s maxillofacial surgeon Edgar Karapetyan said in the conversation with NEWS.am Medicine, the surgeries will be performed at the price of 125,000 drams instead of 250,000. The doctor explained that otoplasty is an operation that aims to recontour the ears so that they are standing less proud of the head. Otoplasty can treat misshapen ears caused by injury as well as correct congenital defects. According to Edgar Karapetyan, at present there are almost 150 methods of ear surgery.

As Dr. Karapetyan mentions that there are two main aesthetic problems:

There are cases when the pinna is developed, but it is protruded, and there are also cases when protruding ears occur in the result of undeveloped helix and antihelix. Protruding ears sometimes are associated with macrotia, and in such cases, both the ear position and its size are reduced by the removal of the cartilage. In adults, otoplasty is performed as an outpatient intervention, that is, under local anesthesia, whereas in adolescents it is performed under general anesthesia to keep them calm during the intervention. The thin incision is placed behind the ear, so the thin scar is localized behind the ear and out of view. At the end of the operation, the ears are bandaged to keep them in proper place and prevent damaging the incisions throughout the recovery phase, the bandages will be removed several days later. «Indications for otoplasty can be both aesthetic and medical. In case of aesthetic defects correction the surgery is performed at the wish of a patient. If on medical indications, the tumors in the pinna are removed and the lesions are recovered», said the doctor. With regard to who is more often applying to aesthetic surgery, men or women, Edgar Karapetyan says that both women and men are, which is very commendable. 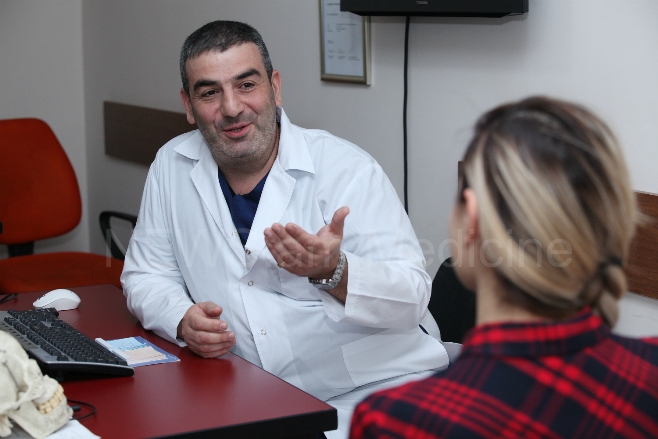 Correction of protruding ears (otoplasty) makes the vast majority of surgeries performed by Dr. Edgar Karapetyan. However, there are other cases where deformed or misshapen ears need restoration – for example, if bitten by a dog.

The cartilige is a very delicate tissue, that’s why the experience of the surgeon performing the intervention is of utmost importance», he said.

The doctor found it difficult to specify how many ear surgeries he performs annually, since the number is really large. He noted that this surgery is common in both adolescents and young adults. By the way, according to the surgeon, spring is a relatively favorable season for such surgeries. This is also due to the fact that wearing a bandage during the recovery period does not cause any problems as the weather conditions are good in Armenia.

«Many patients from CIS countries also come to Armenia during this period», the surgeon added, noting that this kind of surgical intervention in Armenia is far more accessible than in other countries. 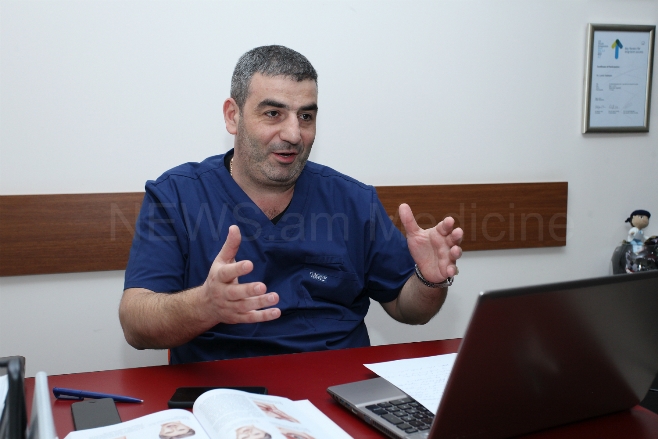